Looking for a Divorce in Nevada?

Attorney James Smith has 25+ years’ experience and is dedicated to helping you through this difficult time at the lowest cost possible.

On the Road to a Divorce in Nevada?

“I believe in access to affordable legal representation for all and I am dedicated to bringing you the highest-quality divorce service possible -- at a price that makes sense to you in our new economy...”
Attorney James Smith 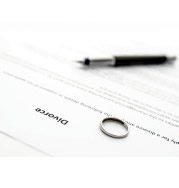 When you purchase Nevada divorce forms on the Internet, you still have the responsibility of finding a notary to sign them and of taking them to court to file, take the decree to the judge and follow up to be sure it gets signed if your divorce is granted. You then have to take it to the clerk’s office to file it to make it official.

Nearly every day, we get calls from people who tried to file their own divorce forms and found it so challenging that they gave up and called us. For them, it meant having spent money on Nevada divorce forms  and not being able to use them after all, because of the challenge involved in handling the filing of the divorce themselves.

Unfortunately, in the end, those people had to spend more money for their divorce than if they’d worked with us from the very beginning. This is because they could not get their money back from the typing service that sold them the forms and they then had to pay us to do their divorce correctly.

We keep our prices low enough that it’s not worth the extra time you need to put into obtaining your own divorce when you’ve never done it.  A large majority of people are far better off spending a little more money to have an attorney handle the whole matter for them. It’s done right, the first time, and there are no worries for them.

When you retain a divorce attorney, you leave the headache of figuring out what gets filed and when, and dealing with the court, to your attorney. You can feel confident that your Nevada divorce forms will be filed correctly and your divorce obtained in the shortest amount of time possible.

When you retain me, Attorney James Smith, you get an attorney who has been practicing family law in Nevada since 1985 and knows all the ins and outs of the court, which I deal with on a daily basis.

Flat $599 and court costs*
Just Sign and Leave the Rest to Us!

Answered All My Questions. I Got Peace of Mind!

“Going through a divorce is one of the toughest, if not the toughest things I have ever had to deal with. You not only provided excellent service, you also provided me with peace of mind, answering all of the questions that I had plus some that I should have asked but failed to. I would recommend Conexa to anyone going through this and in fact, already have. Thank you from the bottom of my heart.”

One of the Few Good Attorneys Out There

“I met Mr. Smith several years ago. Not only is he a great attorney, but now a good friend. I initially had him help me with family law matters and corporate matters and he always did an excellent job. One of the very few good attorneys left out there.”

“I want to use your service because your website is direct, clear, and honest”

*Court Costs (currently $326 for Joint Petition, and $364 for a Complaint) and cost of process service and publication (when the other party won’t sign or cannot be found) is additional: process service in the U.S. average cost is $150; publication average $125. Out of country service costs vary by country and are individual to each case.

Do you have children?

Information on child support and custody and visitation.

Not a Nevada resident?

Find out how to establish residency for the purposes of filing a divorce.

What a real client said about us

“Thank you so much for helping me process my divorce. It really made everything easy for me especially with your very trustworthy company.”

A Word from James

Attorney James Smith has been practicing law in Nevada since 1985. He is licensed in Nevada and California and holds a BV rating (highest possible) with Martindale-Hubbell®, the authoritative resource for information on the worldwide legal profession. He is also BBB A+ rated and has been for the past 24 years.We have filed thousands of divorces and annulments over the years, at an average of 390 cases per year! Because of this, we can take in, file, and process cases quickly. We have a propriety system designed to move cases along at the fastest possible pace within the constraints of Family Court.

Our case intake paralegals are well-trained and can answer a huge majority of your questions. Those they cannot answer will be answered by the attorney, whose office is next door to the intake paralegals’. They often discuss cases as part of the decision process of whether or not to accept a client. If we can’t help you, we don’t take your money. Call us at 702-680-1780 for your free consultation.

What we guarantee when you file your divorce through us: