Getting a Divorce? Why a Divorce in Vegas Could Be Your Best and Easiest Option 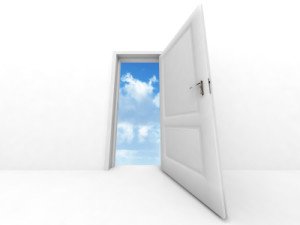 You’ll find about as many myths about obtaining a divorce in Vegas as you’ll find about the famous people who divorced in Vegas. Still, it’s not a myth that, once you get past establishing residency in Nevada (we’ll discuss that here too), it actually DOES happen to be one of the best and easiest options for filing a divorce in the U.S.

You see, once you become a resident, a divorce in Vegas takes just WEEKS to finalize, usually one to two weeks, rarely more than three, when both you and your spouse sign the divorce documents.

Most states require parties to live in the state for a minimum of six months to be considered a resident of that state, adding to the length of the divorce if the parties who wish to file the divorce have only recently moved to that state. Not Nevada where it only takes six weeks of living in the state to be considered a resident.
Comparatively speaking then, a divorce in Vegas takes no time at all, even taking into consideration having to establish residency if you don’t already live in Vegas (or somewhere else in Nevada).

Another factor that simplifies a divorce in Vegas is the fact that Nevada is a no-fault state for divorce, meaning that incompatibility is accepted as a valid reason for filing a divorce in Nevada, which allows a couple to divorce without being forced to wash their dirty laundry publicly, so to speak. Speaking of which, some Nevada family court judges do agree that divorce files can be sealed, another plus, since divorce filings are considered public records. Many states do not allow this at all.

Also, when both parties agree to all the terms of the divorce and both are willing to sign, a Joint Petition for Divorce can be filed, another factor that makes a divorce in Vegas faster and less expensive.

Once a final Decree of Divorce has been issued, either party is free to re-marry as early as the next day! Unlike many other states, there is NO waiting period in Nevada, another factor that attracts divorce candidates to file a divorce in Vegas.

So, with the really short residency requirement period, the no-fault divorce, the Joint Petition, and the really quick-to-obtain final decree, no wonder folks looking for a simple, amicable parting of the ways flock to Vegas (or Reno) to divorce.

If only one party signs the divorce documents because the other party just refuses to sign (but will not contest), your uncontested divorce in Vegas will take anywhere from six weeks to 24 weeks, depending on where in the world the Defendant lives and how easy or difficult it is to serve the Defendant with the divorce documents. This is still a much shorter period than in most other states.

The Resident Witness Affidavit is how you prove your residency for a divorce in Vegas. You’ll need to find another Nevada resident to sign the affidavit in front of a Nevada notary. This individual can be a neighbor, friend, relative, or even your landlord who knows you to have lived in Nevada for a minimum of six weeks before filing your divorce.

Lastly, note that the ease of getting a divorce in Vegas has attracted some unsavory operators hoping to make money from those desperate for that quick divorce. So, if you’re going to divorce in Vegas, be sure you deal with a reputable Nevada attorney, one you can look up with the State Bar of Nevada and with the Better Business Bureau. There have been incidents of clients dealing with typing services and so-called paralegal services, and even attorneys, a shame to say, who took clients’ money and never bothered to file their cases. So, first, be sure you are dealing with a real attorney and not just a paralegal or typing service “supervised by attorney” and be sure to check out your attorney’s credentials.

We do our best to make getting a divorce in Nevada as easy and quick as possible. You’ll have a well-respected lawyer representing you.