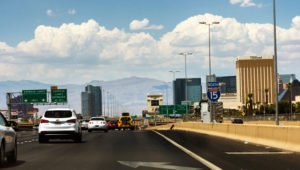 divorce, or a Nevada annulment while browsing online. Not surprisingly, this is one of the most-asked questions we receive. So, in the spirit of setting the record straight, here are the 6 most-asked questions pertaining to what the court looks for as proof of your Nevada residency when it comes to filing a Nevada divorce:

The main proof comes in the form of an Affidavit of Resident Witness. The individual who signs this sworn Affidavit in front of a notary must be another Nevada resident who knows you to have lived in Nevada for a minimum of six weeks before the date your divorce is filed.

This can be a friend, relative, co-worker, landlord, employer or employee, just anyone else at all who is a Nevada resident and is willing to sign this affidavit.  If you are moving to Nevada not long before you plan to file a divorce, be sure to make some friends in your neighborhood or at work.  You will need your resident witness to sign an affidavit that states that not only has he or she known you to have lived in Nevada for 6 weeks, but that he or she sees you three to four times per week.  If you have children and they live here with you in Nevada, they must reside here for 6 months before the Court will exercise jurisdiction over their custody and visitation.

The Department of Motor Vehicles (DMV) does require that incoming residents trade in their out-of-state driver’s license for a Nevada driver’s license before the first 30-day period of residency has expired. However, we are working for you and not for DMV so if you provide us with sufficient photo identification and evidence that you actually now reside in Nevada we will notarize your signature reminding you that you are under oath.

The Court generally does not ask to see your driver’s license unless you must make a court appearance in your divorce.  If you cannot obtain a driver’s license DMV issues a state identification card which will be sufficient.

If your divorce is uncontested, it’s highly unlikely that you’ll have to appear in court and show as much proof of your residency, though it has occurred in the past.  However, if the divorce is contested and your spouse challenges your residence then you will have to come up with other proof that you moved here for a legitimate reason (work, family, etc.) and have the intent to remain.

Under the above circumstances, it is a good idea to corroborate your Nevada residency in the form of:

There have been many instances in the recent past where Immigration officer have questioned the validity of Nevada divorces obtained to benefit parties in an Immigration case.  Our office had a case where there was a paralegal company in New York City advertising Nevada divorces and gave out inaccurate information on residence.  When an immigration application for a visa was filed after the Nevada divorce was granted, the immigration officer wanted much more evidence of the applicant’s Nevada residency than just a cousin’s affidavit that he had seen the client in Nevada for 6 weeks.  If immigration suspects fraud by a non-citizen they can abort the immigration application and deport a person or not allow them reentry in to the country.

Residency as a legal term has different meanings in different contexts in the law.  Also different jurisdictions define residency in different ways because of different laws.  Some people consider themselves to have two residencies, especially when they have a second home.  A deployed member of the military may be a permanent resident of Nevada even if he or she has been in Iraq for the past two years.  Bankruptcy may require that you live in Nevada 6 months before you file whereas you only have to live in Nevada 6 weeks to file for divorce.  Context is everything when it comes to legal residence.