Are Physical Custody and Legal Custody the same thing?

Are physical custody and legal custody the same thing? Oftentimes, clients see them as one, when in fact, these are two different aspects of custody that are addressed in a divorce with children. 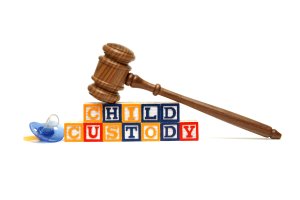 Regarding physical custody, Family Court in Nevada operates from a belief that both parents should have as much meaningful and quality time with their children, post-divorce, as possible.

If one parent cares for the children more than 60% of the time that parent is considered by the Court to have primary physical custody of the kids. This can affect child support.

Even when parents have a joint physical custody agreement, there is likely to be child support paid by one parent to the other if there is a disparity in income between the parties.

When parents share joint legal custody, but one parent has primary physical custody, the other parent is entitled to, and likely to have, reasonable visitation with the children.

Reasonable visitation must be defined in the decree of divorce, though parents are free to define it any way they want. The Court just wants something definite in the decree such as dates or days, as well as time of day and the exchange location are put in the Decree.

If the divorced parents live in two different towns, then one parent will typically have primary custody of the children for purposes of attending school.

Sole physical custody, meaning the children live full-time with one parent and never visit the other parent, is not customary for Nevada, though it happens frequently nevertheless.  If one parent can’t be located, is unfit because of child abuse, mentally challenged, or a sex predator, then the court is likely to grant sole physical custody to the other parent. This happens often enough when one parent has been sentenced to prison for a long period of time, for instance.

Once the decision on temporary physical custody has been made by the Judge, or during the case management conference, and has then been signed by the judge, it’s often difficult to change that decision without showing a significant change in circumstances. One would have to show that a change is in the best interests of the children before a judge would agree to modify any physical custody order already in effect, even if it’s only a temporary order.  Any change in custody must be approved by a judge; parents cannot simply write up their own amendment to the physical custody. A stipulation for a change must be filed by the parties and an order must be signed by a judge.

Legal custody essentially gives a parent, even one with no physical custody, the right to participate in life decisions affecting the welfare of their children in the following areas:

A motion must be filed with the court to take legal custody away from one parent. It cannot be addressed as a part of a divorce, though both actions can take place simultaneously.

To go further down that continuum if an absent parent does not pay child support or make any effort to be involved in the child’s life for a year, then the active parent can seek to terminate the parental rights of that absent parent.