5 Things to Know about Divorce in Nevada

There are many rumors about eligibility and about how to file a divorce in Nevada. I hope to dispel at least some of them here by addressing the most important points.

1. Nevada residency.
To be able to file a divorce in Nevada, one of the parties to the divorce must have resided in Nevada for a minimum of six weeks before filing, and have the intent to remain in Nevada. (Nevada Statutes – Chapter 125 – Sections: 020). The divorce documents will state this:

2. Nevada residency for children
If you have children with the spouse you are divorcing, the children must have resided in Nevada for a minimum of six months before 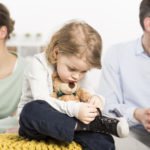 the court will take jurisdiction over physical custody and visitation. If the children have not resided in Nevada for six months at the time of the filing of the divorce, and you and your spouse still want to go ahead and file right now, you can enter into a separate legal Parenting Agreement which can be filed at the same time as the divorce. This type of agreement is enforceable in any court with competent jurisdiction, as well as enforceable in here in Nevada after the children have resided in Nevada for six months.

It’s better if you know whether your spouse agrees to sign the divorce documents before you file or not. It’s less expensive to file a divorce when you both agree on everything and both sign before the divorce is filed. If you’re ready to do that, you can get started here.
If your spouse won’t sign the divorce documents, the only route to go is filing a complaint for divorce (one-signature divorce), which costs more and takes longer to be granted. If you feel that this is the best way to go for you, you can get details here.

3. What property will each of you keep?
In a divorce, anything of value you have purchased together is considered property, such as cars, furniture, art collections, jewelry, tools, sports equipment, etc. Nevada is a community property state, so, aside from some exceptions (see below) most property is owned by both husband and wife, regardless of whose name it is recorded under.

Exceptions to the above:
Inherited property—your parents left you a sum of money in their will and you have not co-mingled it with community funds, for example, deposited it into a joint account with your spouse, or used the inherited money to make house payments on a house you own with your spouse.

4. What debts will each of you keep?
Like property, when you file a divorce in Nevada, you share the debt you have both accumulated since the date of the marriage, no matter whose name the debt was incurred under.

5. Who will have physical custody? If you have children together, decide whether the children will share their time between both of you, or if they will live with only one of you and visit with the other parent.

At the time of this writing, courts in Clark County, Nevada, favor joint custody unless one of the parents lives at too far of a distance from the children’s schools to make it feasible to transport them there several days per week. One arrangement that works well in such situations is for the parent who lives far away from the school to pick up the children after school on Fridays and drop them back off there on Monday. This is still considered joint physical custody because the parent who has the children on the weekend is spending pretty much equal time with them as the parent who has them from after school on Monday until beginning of school on Friday since the weekend parent is with them all day Saturday and Sunday, as well as rest of the day Friday.

If you think you will have difficulty making the above decisions with your spouse, consider divorce mediation for your divorce in Nevada; many hard decisions can be made easier with a mediator than when made on your own.