Child support for dummies and for smart people who need help

In Nevada, child support is pretty much set in stone, except for a few court-allowed deviations. You never have to scratch your head too much on how much child 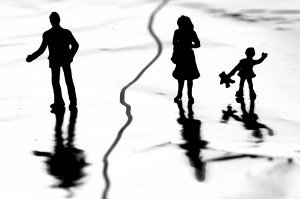 support has to be paid.

Child support is paid to the primary physical custodian from the other parent’s wages, salary or other income.

However, if the parties have a 40/60, 60/40 or 50/50 time share of physical custody, then the Court will take a look at both parents’ incomes and figure out child support as follows:

The example below, which you can also find at http://nevadadivorce.org/divorce_with_children.html along with the deviations for child support, should help:

Aside from child support the parents must maintain medical insurance from the children. The custom and practice in Nevada is to divide any out of pocket medical deductibles, premiums, co-pays are non-covered items equally.

The parent who incurred the expense has 30 days to submit the medical provider’s bill to the other parent, who then has 30 days to pay his or her half share.

Facts you should note about child support:

This is so that the District Attorney’s Child Support Agreement will have something to enforce in case one parent leaves the children with the other parent full-time and does not start to make child support payments.