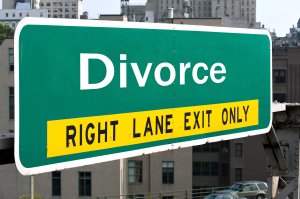 What is an Annulment? 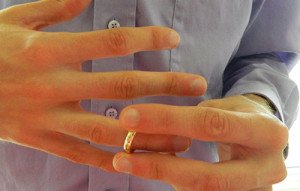 What is an annulment and how does it differ from a divorce? In simple terms, the granting of an annulment renders a marriage null and void and of no legal consequence to the parties.

In many states, such as in Nevada, marriages are void ab initio, meaning from the very beginning of the marriage, so from a legal standpoint, it’s as if the parties had never married in the first place.

In some states, marriages are annulled from the time of the granting of the decree of annulment instead of from the beginning of the marriage. This is especially true when there are issues such as community property, debt, children alimony, tax or retirement issues which may cause complications or prejudice. In such cases, judges, even in Nevada, might be inclined to grant an annulment as of the time of the Decree.

Nevadadivorce.org can help you get both an annulment or a divorce, depending on what you need.

Granting an annulment from the time of the decree instead of from the beginning of the marriage recognizes a legal relationship between the parties for the duration of the marriage, just as in a divorce.

Some marriages are automatically null and void – such as when one of the parties was already married to someone else at the time of the marriage being annulled – however, an annulment must still be filed to legally establish the fact that the marriage was null and void. Otherwise, it’s just say so and it will regarded as a bigamous marriage.

Some religious bodies, such as the Catholic Church, do not recognize a civil annulment, so the parties must still go through the process of annulling their marriage through their church if they wish to remarry in the Church.  For instance, catholic annulments follow Cannon Law and not Civil Law. A marriage obtained through a church, such as the Catholic Church must still be legally dissolved through a civil annulment or a divorce.

If you need a divorce or more information about obtaining a Nevada divorce please go here: http://nevadadivorce.org

If you need an annulment or more information about obtaining an annulment in Nevada please go here: http://nevadaannulment.org.

What is Collaborative Divorce (mediated divorce)? 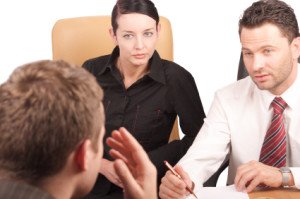 A collaborative divorce entails the divorcing couple meeting with a licensed mediator (oftentimes a divorce attorney) in order to fairly divide property, as well as to decide issues of child custody, visitation, and child support. This type of divorce is also known as a Mediated Divorce.

A mediator is obligated to keep a neutral position by only talking to both parties at the same time, all the time, except perhaps when scheduling a mediation session. This way, you can feel confident that you know everything being addressed and that you didn’t miss out on something the mediator might have told your spouse.

Discussing issues of child visitation, physical custody, and child support often proves difficult for couples about to divorce. Having an experienced, licensed, third party present (the mediator) to guide the discussions and to answer questions about divorce laws and what is customary in a Nevada Family court goes a long way in helping keep things civil and fair throughout the divorce process.

Other issues usually addressed during mediation are property and debt division, as well retirement accounts, if any, which come into play for longer-term marriages. The idea here is to come out of the mediation (and ultimately the divorce) feeling that the community property and debts (and retirement money) were divided fairly between you and your spouse based on your particular circumstances, rather than having it awarded to you in a manner you feel is unfair by a divorce trial judge who knows nothing of your personal circumstances.

You could say that the goal of a collaborative or mediated divorce is to defuse the acrimony that often enters divorce negotiations – without mediation, a tense situation holds potential for a much worse outcome than necessary for all involved: you, your spouse, and your children.

Though this should be the least thing you consider when you make important decisions during your divorce, you do save a lot of money, compared to a divorce trial, when you choose to collaborate your divorce. No one benefits from paying exorbitant attorney fees for a divorce trial (except the attorneys).

So, if you have children with the spouse you are divorcing and you own property and debts together, and cannot agree on your own on how to divide everything, or you simply feel unsure of what is fair, give serious consideration to using the services of a mediator before moving forward with your divorce in Nevada (or in the state in which you reside).

In a large majority of the collaborative divorces this office has facilitated, all issues get resolved in just one session, and represents large savings to the divorcing couple.
Bottom line is that a collaborative divorce allows the couple to divorce with as little friction as possible and go on with their lives with little to no hard feelings toward one another (especially important if you are still raising children together).