Can You Get a No-Fault Divorce in Nevada? 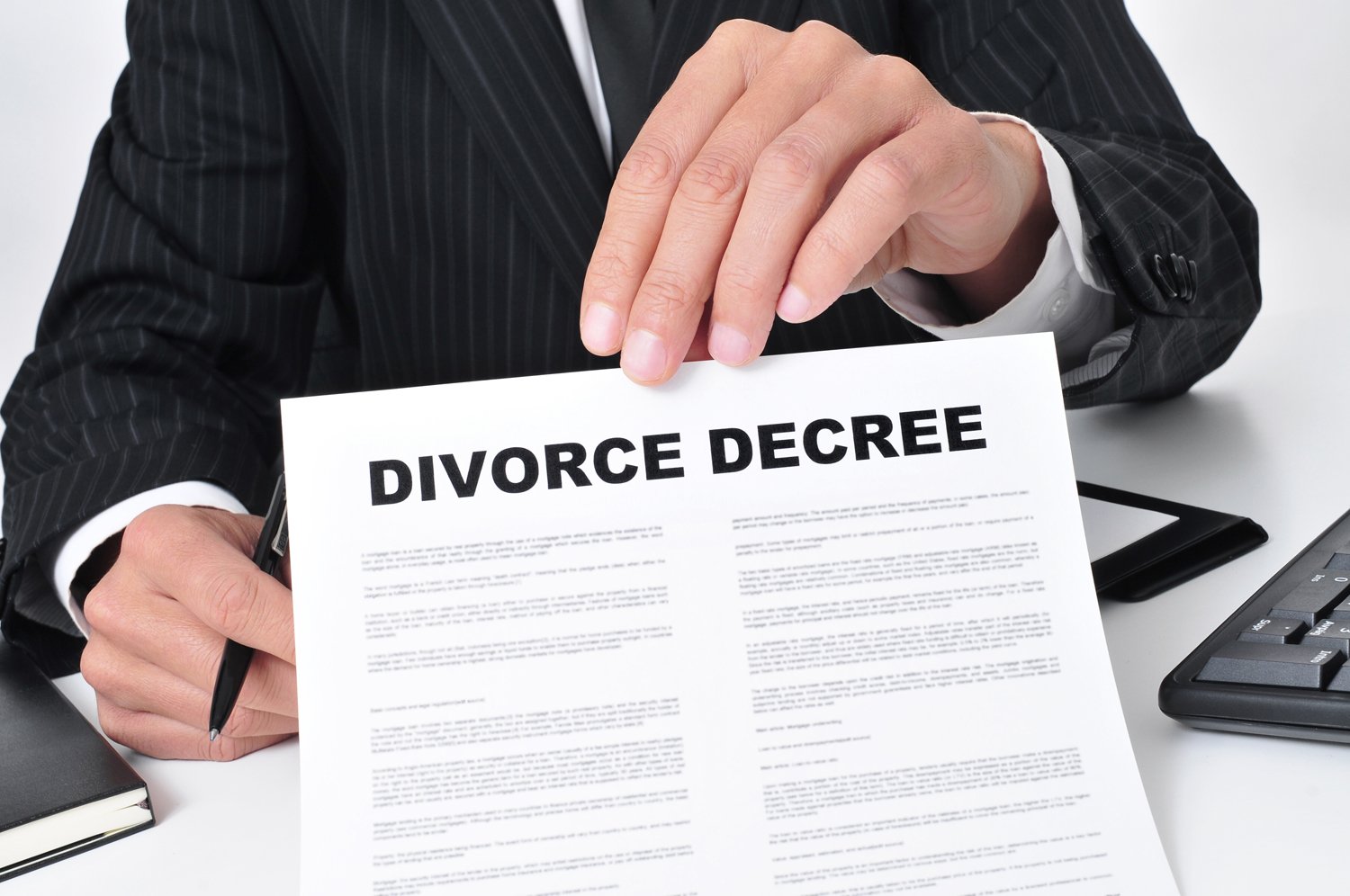 A no-fault divorce means that there is no fault by either party involved in the divorce and is allowed in some states. Nevada is one of them.

A divorce can be obtained much faster when there is no fault as no wrongdoing needs to be proven. In states where one must prove wrongdoing, a divorce can take years, and often results in high attorney fees and a lot of stress placed on the people involved.

Nevada became a no-fault divorce state, one of the first to do so, for business reasons, as strange as it sounds.  The idea was to attract people from around the country, especially Californians, to come spend six weeks in Nevada.  Six weeks is the minimum amount of consecutive time one must be physically present in Nevada to become a resident of the state. Those who came to establish residency stayed at a “divorce ranch,” spent money at casinos, restaurants, and other businesses, bringing much revenue to the state.

The paperwork for a no-fault divorce in Nevada states that “the parties hereto are incompatible in marriage and also are irreconcilable,” essentially saying that neither party is at fault, they have simply become incompatible and have no wish to reconcile.

Not to say that there are never other reasons used in a divorce. Nevada law (NRS NRS 125.010) states causes for divorce as follows:

A large majority of Nevada divorces are filed based on incompatibility because, as you can see, it’s the easiest and simplest way to file.

The rules regarding property, debt division, and child support do not change whether filing a no-fault divorce or one showing insanity or living separate for a year.

In Nevada, it doesn’t matter what your spouse did or didn’t do that caused the breakdown of the marriage. The court treats all issues of property and debt division the same as if no one is at fault in a large majority of divorce cases.

Same with child custody, visitation, and child support. Nothing that caused the breakdown of the marriage affects how the court handles these issues. The only exception is if one party harmed the children in some way. Family Court in Nevada thinks first and foremost of the well-being of the children.

Here is a link to when the legislation moved to make Nevada a no-fault divorce state: https://bit.ly/2zZA2YY

Nevada divorce laws are pretty extensive.  You’ll find a whole chapter of them in Nevada Revised Statutes—along with 52 sub-chapters. Many people find these difficult to read, and some laws only make sense to lawyers.  Since you shouldn’t go into something as important as a divorce without all the important information, here are the top 10 Nevada divorce laws, the ones that apply to most people filing for divorce,  written in terms most people can understand.

1. Do you have a prenuptial agreement?

When signing a prenuptial agreement, the prospective husband and wife must attach a list of their separate property and separate debt going into the marriage for the pre-nuptial to be valid. If nothing is attached, the prenuptial could become invalid and it will be as if no agreement had been created between the parties. Each party should have their own separate attorney to avoid conflict of interest issues later if ever there comes a time the prenuptial agreement needs to considered in a divorce.

2. Nevada divorce laws do not have a separate and apart statute for property and debt

Residency for children when filing a divorce in Nevada. As far as residency rules when children are involved, Nevada divorce laws, as per the Uniform Child Custody Jurisdiction Act, state that Nevada has no jurisdiction over children of the marriage until the children have resided in Nevada for at least six months.

If the children have not been in Nevada for the six months period immediately preceding the filing of a divorce in Nevada, the Nevada court can’t address issues of physical custody.  It will address child support, but not custody and visitation.

Even if the children issues can’t all be addressed because the children have not been here for six months,  Nevada divorce laws still give the court jurisdiction over the marriage itself (provided the parent filing the divorce is a current resident) and  can grant a  divorce, therefore dissolving the marriage, but without addressing physical custody and visitation.

4. The Court can consider the wishes of a child of sufficient age and intelligence in determining physical custody.

However, Nevada divorce laws do not name a “magic” age when the child gets to  make that decision. Some judges will give children over the age of 13 more say-so in where they live (they might meet with the child before deciding), but the Court’s standard is always the best interest of the child. This is decided on a case by case basis; it depends on the child’s ability to understand the goings-on, the parents themselves and how they feel about the situation, and lastly, how the judge feels about this particular child making this decision.

There are maximums in Nevada for child support, based on the responsible party’s income bracket. with a maximum on the amount that a parent has to pay for child support based on income level. The amount of child support is adjustable every three years or by special motion filed with the court–such as if the responsible party loses income or if the child now lives with the other parent. In a joint physical custody case, the Court still looks at the difference in  income between the parties and will still grant one of the parties child support even if physical custody is shared equally between the parties. See the document at the end of this link, which explains it very well and also states the maximum for income brackets:  https://nevadadivorce.org/child_support_guidelines.pdf

6. Nevada divorce laws allow a woman the right to change her name back to her former name.

During the process of a divorce in Nevada, a woman who changed her name legally to the name of her spouse after the marriage can resume the use of the name she used immediately before this marriage, or resume her birth name. She cannot choose just any name the way she can in a name change proceeding.

The division of retirement accounts often require a Qualified Domestic Relations Order to be prepared before they can be distributed in addition to the Decree Of Divorce. Each spouse is entitled to one half of each other’s retirement benefits accrued during the marriage. A Qualified Domestic Relations Order (commonly known as a Q.D.R.O.) is a procedure done separately from the divorce itself. Typically, the divorce is filed and granted, the Q.D.R.O. is created and then filed with the court where the divorce was granted and the judge who granted the divorce signs it making it valid. Typically, neither party collects on this money until retirement time. In some cases, a judge might order that a 401K or other type of retirement account be dissolved and the proceeds divided (thought this causes a huge tax penalty). This usually only happens if one or both parties have become nearly destitute due to the divorce.

8. There is no formula for alimony in Nevada divorce laws.

9. Property and debt after the divorce.

10. When filing a one-signature Nevada divorce, if the Defendant lives in a different county or state, Defendant may be able to change venue.

Another option the Defendant has is to dismiss or limit the Nevada Court’s decision to just granting the divorce without matters of property and debt division being addressed.

The Nevada Court has no jurisdiction over an out of state resident for property, debt, alimony and the physical and legal custody of out-of-state children in a default divorce in Nevada. A “default divorce” means that the Defendant was served with the divorce papers and never responded. Also, if you filed in Clark County, Nevada, and Defendant resides in another county, venue can be changed to that county if Defendant demands it. Defendant has choice of venue.

This is especially true if the marital home is located outside Clark County, Nevada, and if the entirety of the marriage took place in that other locale.

Need more information on filing a divorce in Nevada?  We can help by representing you in your divorce. We’ll be easy on your bank account too!